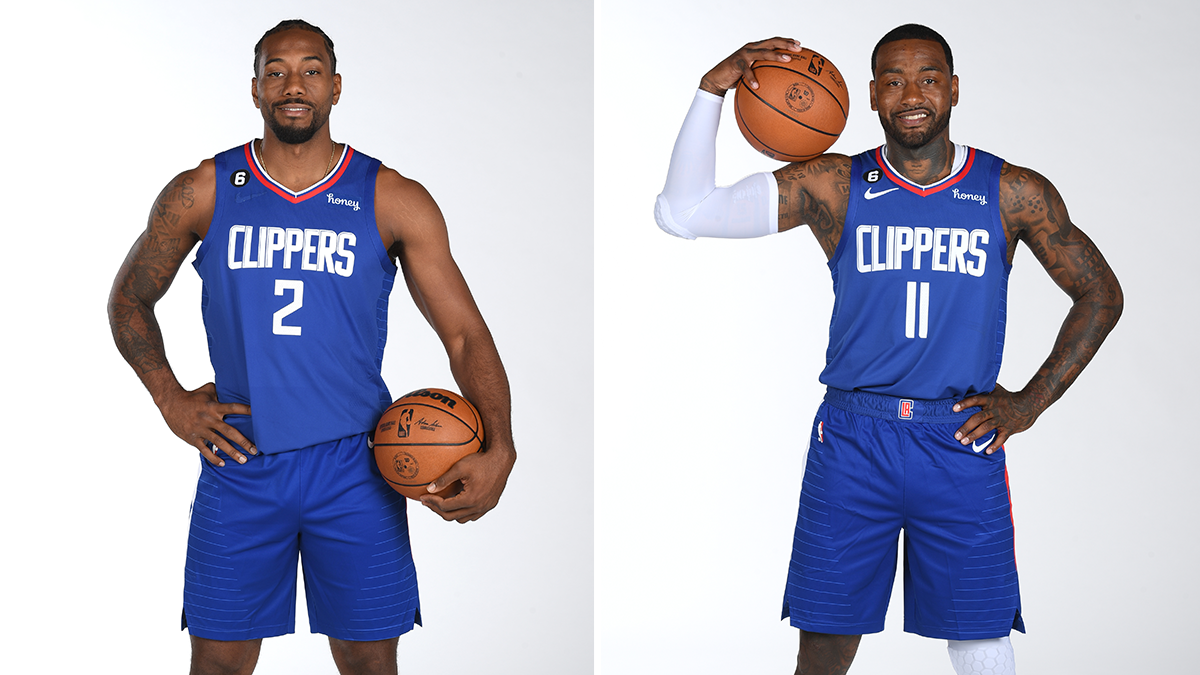 After missing over a year of NBA action, Kawhi Leonard and John Wall are set to return to the floor on Monday night in the Clippers’ preseason game against the Blazers, coach Tyronn Lue announced Friday.

Lue shared the news of the anticipated returns ahead of L.A.’s preseason opener against Israeli club Maccabi Ra’anana at Climate Pledge Arena in Seattle. Leonard and Wall were listed among the inactive players for the game but are expected to play next week; Paul George, Nicolas Batum, Norman Powell and Reggie Jackson are also expected to play after sitting out Friday night.

Friday’s news signals a near return to full strength for a Clippers team that has sorely missed Leonard’s presence. The two-time NBA champion missed the entire 2021–22 regular season after undergoing surgery to repair a partially torn ACL he sustained during the 2021 playoffs.

Leonard notched a crucial step on his long road to recovery last week ahead of the start of training camp earlier this week. Clippers president Lawrence Frank told reporters the five-time All-Star felt great and had been cleared to participate in five-on-five scrimmages.

With Leonard sidelined, L.A. struggled to find success last season, ultimately missing the playoffs after finishing the year 42–40. The team also played 31 games without George as the seven-time All-Star dealt with an elbow injury.

Barring any setbacks, Leonard figures to step right back into his role as the Batman to George’s Robin as the dynamic duo looks to fulfill their quest to take the Clippers to the promised land.

Meanwhile, Wall, a five-time All-Star during his nine seasons with the Wizards, will take the floor for his first action as a Clipper in his first game since April 2021. The then-Rockets guard averaged 20.9 points, 6.9 assists and 3.2 rebounds in 40 starts during the ’21–’22 season. Wall joined L.A. in July after getting bought out of his deal with Houston; the 32-year-old sat all of last season after reaching a mutual decision with the team to not play.

While Wall has all the tools to become an ideal fit beside Leonard and George, it remains to be seen how the former No. 1 pick will hold up after years of health issues.

Wall played 41 games in 2017–18 due to nagging knee injuries, and 32 games the following season due to a season-ending left heel injury. In February ’19, Wall ruptured his left Achilles tendon after falling in his home, leading to an extended absence that kept him off the court for the entire ’19–20 season.

Wall’s time in Washington ended in December 2020 when he was dealt to Houston for Russell Westbrook along with a 2023 draft pick.

For more Los Angeles Clippers coverage, go to All Clippers.

Why the Atlanta Hawks are Repeating Last Year’s Mistakes