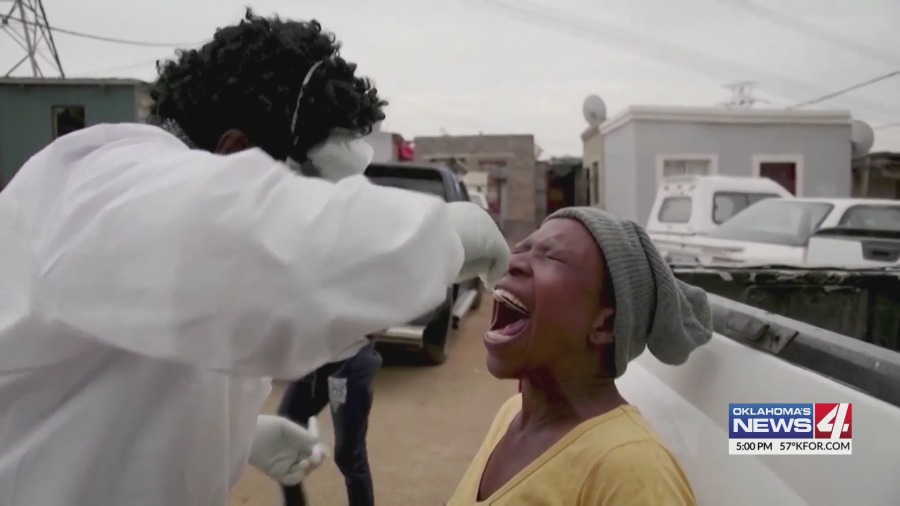 This is an archived article and the information in the article may be outdated. Please look at the time stamp on the story to see when it was last updated.

OKLAHOMA CITY (KFOR) – The world’s leading health experts are rushing to learn everything they can about a potentially dangerous new COVID-19 variant, and although there’s no concrete data that suggests it’s any more contagious or severe, the medical community isn’t taking any chances.

The White House has since responded by restricting travel from South Africa and other surrounding countries, effective Monday.

US to ban travel from South Africa, 7 other African nations due to COVID-19 variant

The Omicron variant, formerly referred to as B.1.1.529, was named by the World Health Organization (WHO) on Friday.

Dr. Mary Clarke from the Oklahoma State Medical Association says it has been found in multiple countries, including Botswana, Belgium, Hong Kong and Israel.

“[We’ve seen] a dramatic peak, it is a very sharp uptick,” she said. “That makes us concerned that it is a lot more easy to be contagious.”

She also says it’s when — not if — the variant makes its way to the United States.

“It would be impossible not to be in the U.S. [at some point],” she said. “It is entirely possible we already have cases in the U.S. today [and] we just don’t know it yet; if it is spreading as quickly as the concern is, it may not take a few months, it may be faster than that.”

Dr. David Chansolme with INTEGRIS has been following the variant since it first made headlines.

“They had several cases a day in South Africa; they went from about 200 to 2100,” he said. “That was kind of what spawned this search for a new variant.”

He says it’s way to early to say whether this will be more or less virulent than the other strains.

“We have to let science play out and we have to let this thing play out,” he said. “I think fearmongering or anything like that is a little big counterproductive here. We just have to watch what happens here see the science.”

Dr. Clarke says the medical community should learn more in the coming days and weeks.

“This is truly an ongoing breaking piece of information and the more we know, probably in the next 24-48 hours, we’ll probably have a lot more data,” she said.

If it does make its way to the states, she says we should be able to test for this particular variant, but the amount of testing remains an unknown.

“The technology is there, it is really just once you set up the testing parameters,” she said. “The question will be is how many tests we do because we haven’t had a lot of data, a lot of variant testing information out of the Oklahoma State Health Department, so that may be a little bit of a confounding factor that we may or may not get for a while yet.”