VIDEO: This Day in History: Rodney King Beating Is Videotaped 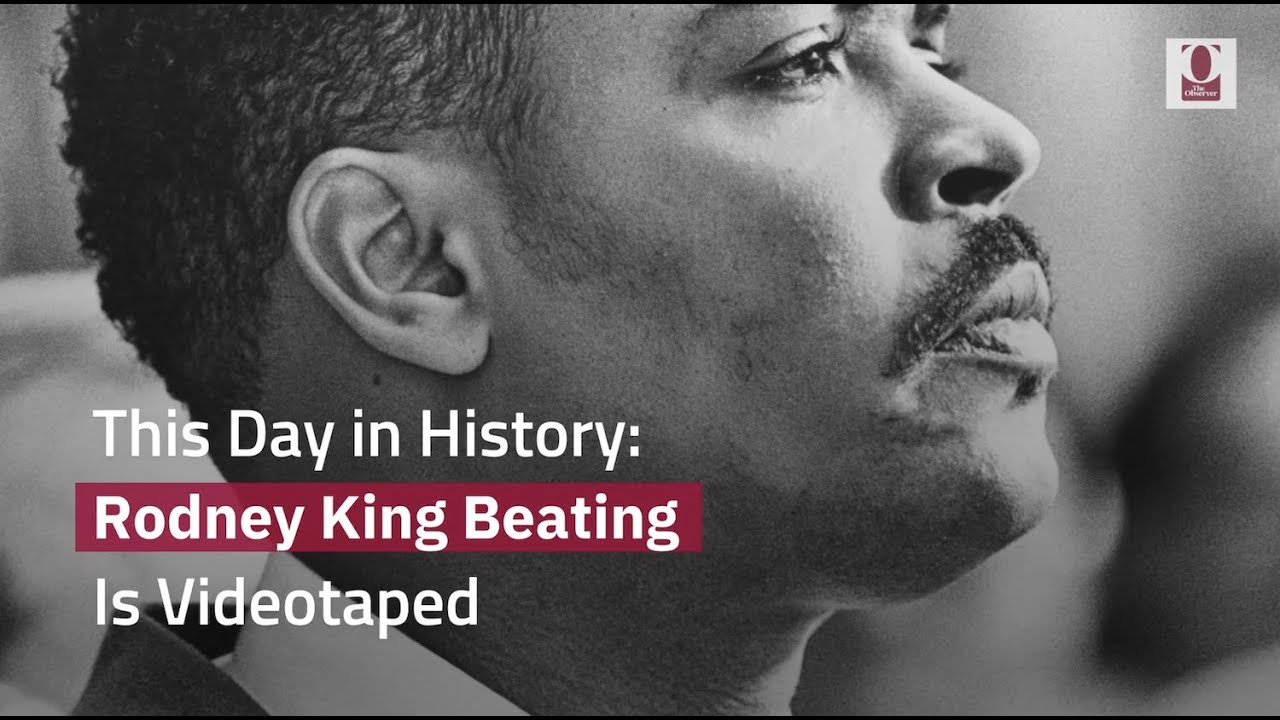 
This Day in History: Rodney King Beating Is Videotaped

The video, which was shot by Los Angeles plumber, George Holliday, was the central piece of evidence in the criminal trial of the four officers accused of excessive use of force. As reported by the Associated Press, “Holliday was awakened by a traffic stop outside his San Fernando Valley home on the night of March 3, 1991. He went outside to film it with his new video camera, catching the Los Angeles officers punching, kicking and using a stun gun on King, even after he was on the ground.”

Halliday died in September 2021 of complications from COVID-19. He was 61. However, his grainy out of focus video will likely forever be viewed by many who were alive at the time as the defining moment when America had to come to grips with long-standing reports of abuse within the Los Angeles Police Department.

The video release pre-dated the widespread adoption of the internet and while many saw portions of the footage on their local television news programs, few outlets broadcast the video’s entire 9 minutes of footage. One wonders if the verdict would have been different if prosecutors had been able to leverage the power of today’s social media, 24-hour news cycles and web-enabled phones and devices to influence the jury of public opinion.

Incredibly, and despite the video evidence, a jury acquitted all four officers on April 29, 1992. For the residents of South LA, the acquitals were the match that set off a powder keg of pent up frustrations. Rioting, arson and looting erupted, prompting King himself to take to the airwaves and ask for calm (“Can’t we all just get along?”)

King would eventually sue the city of Los Angeles, receiving $3.8 million in 2994 as a result. However, shortly before he died of drowning in his backyard swimming pool in June of 2012, he shared with the Associated Press that he had lost most of the money to bad investments.

The post This Day in History: Rodney King Beating Is Videotaped appeared first on The Sacramento Observer.

North Texas health leaders continue to track COVID-19 trends, with at least two counties raising their risk and spread levels this week. The Centers for...